This past week has been difficult for me, in more ways than one, but I also had the opportunity to become more educated about elephant poaching through an absolutely fantastic documentary. The Ivory Game is a Netflix Original about the horrors of Elephant poaching in Africa and the Ivory Blackmarket in China.

Prior to watching this documentary, I was aware that elephant poaching was happening but I did not know how serious and severely it impacted the population of African elephants. It is no exaggeration to say that they are on the precipice of extinction. African Elephant populations suffered a 30% decline from 2007 to 2017, and the population continues to drop by another 8% every year (Great Elephant Census).

African Elephants are hunted and poached for their ivory, which is considered an extremely valuable material in China. Currently, China does have regulations to control the amount of ivory that is legally purchased and used by craftsmen in China, but the documentary shows how legal ivory traders in China cheat the books and sneak in illegal ivory imported from Africa. Ivory laws in China are poorly enforced and most people turn their heads in the other direction to avoid backlash from some of these illegal traders, since it can be very dangerous to speak up.

The truth of the matter is that we have a very small window of time to make a difference and we have a lot to make up for. I’ve posted the trailer below and I would highly, highly recommend watching it. The illegal ivory trade is decimating the African Elephant population and the striking reality is that soon there won’t be anymore African Elephants left at all.

Disclaimer: This post is NOT sponsored in any way by Netflix or the makers of The Ivory Game.

I am linking this article for everyone who thinks that Unilever and Nestle “aren’t that bad” or that the actions of the mother company don’t necessarily dictate the actions of the brand, because they do. These multi-billion dollar companies think they can do whatever they want and get away with it because their products are “necessary” or “classic.” But we don’t NEED these products.

Read the article and take a look for yourself.

So I was reading a book and, like always, something the MC said made me immediately stop reading and put the book down.

It burns me that there are others who don’t respect life enough not to take it away.

Just think about that for a moment.

And now ask yourself why respect should only be applied to humans. Why are we the only exception to the rule? If you have a serious answer, I’d really like to hear it.

(Yes, I seriously did just quote a romance novel.)

A lot of people ask me if being vegan is really a reasonable thing to do. Of course, my answer is always going to be yes because I couldn’t imagine ever living any other way, but the majority of these questions stem from one of a few major concerns, one of which is cost.

There are a lot of people who believe that eating a vegan diet means breaking the bank every week just to sustain yourself, which is absolutely not true at all. In fact, eating a vegan diet can be one of the most cost efficient ways of eating, period. Just as Ellen Jones explains in her book Eat Vegan on $4.00 a Day: A Game Plan for the Budget Conscious Cook, eating vegan can be incredibly cheap. Buying beans, legumes, pasta, and nuts,  and then supplementing that with fresh fruit and vegetables actually makes for a very cost efficient way of eating. Buying processed and pre-packaged meat substitutes, frozen meals, and snacks is, however, quite expensive. Daiya Mac and Cheese will forever be one of my favorite comfort foods, but at almost $5 a box, it’s not something I can justify buying all the time.

Another huge concern is availability of products. I often hear the complaint that buying vegan food isn’t reasonable because there isn’t a specialty store near their house and, just as I mentioned above, specialty stores are not necessary. The bulk of a vegan diet should not be frozen, processed, faux-meat items. While they’re great for the transitioning vegan (and the occasional meal here and there), these types of foods are going to be entirely too expensive to maintain a diet on. All local grocery stores will sell beans, rice, potatoes, vegetables, fruit, legumes, and pasta. This is the food that should make up the majority of your diet.

Being vegan does not have to mean driving 5 hours to a natural foods store and spending $30 a day on pre-packaged foods.

I made a friend today. He didn’t have a name, only a number. 427. He couldn’t tell me how miserable he was but you could see that he wasn’t happy. I wanted nothing more than to fork over some cash to that animal farmer and take 427 far away from his life as a captive animal. What breaks my heart is knowing that I can’t save them all.

You know that moment in a movie when the antagonist realizes that they’re not who they thought they were and they’re actually the cause of a huge mistake (typically one that resulted in death)? Sometimes I feel like the human race needs that kind of wake-up-call.

When you really sit down and think about it, when you think about what it is that we’re doing to this planet and the animals that live here with us, you might wonder why it is that we do the things we do. I’m well aware that the process of evolution has led us to where we are for a reason. I’m sure capturing, enslaving, and murdering animals to eat and take advantage of their labor was very integral to the growth of the human race. But my question now is, why are we still doing this? We have more cost, time, and energy efficient ways to survive. It’s 2016 for crying out loud!

Children are not born into this world knowing violence and carnivorism. That is something we decide to teach them and, as an intelligent species, it’s not so far fetched that we would make the decision to just not teach them that anymore.

Change begins with us.

Very insightful video produced by MeatYourFuture to set the score straight. Regardless of what we have done as humans in the past for survival, with today’s modern technology we no longer need to just “survive.” So what are humans, really? Omnivores, Herbivores, or Carnivores?

I’ve been spending a lot of time thinking about how I want this blog to work moving forward, and I’m making many changes to the layout of the site. This does unfortunately mean that vegelovin.com and existing links may be unreliable for a short time.

I also wanted to take the time to mention that we will be undergoing a Domain change, or rather, addition. You will still be able to access this website by using vegelovin.com, but you will be redirected to our new domain, coffeeshopvegan.com. I have made the decision to change our primary domain to reflect what I want readers to experience when they visit Coffee Shop Vegan. I will be working as quickly as possible to solidify the new layout and make sure we are back up and running reliably in as little time as possible.

Thanks for all of the support.

I was so excited when I woke up today because this date is important to me in many ways. Last year I made a new years resolution to go vegan by the end of the year. I spent the first half of that year loosely paying attention to what I was eating and doing plenty of research about the benefits of veganism and how to make transitioning easier, but I wasn’t actually taking any action to make it happen. On July 28, 2015 I made the pledge to swear off of animal products and began actively transitioning to a vegan lifestyle. Today I get to celebrate that decision. It’s been one whole year since I chose compassion and health over the selfish, fleeting satisfaction of consuming animal products. I could not be more proud.

Today also happens to be the 1 year anniversary of Vegelovin (although I do have older posts here that were imported from a previous blog). Moving forward, I’m hoping to make this blog much more active. As I pursue my Bachelors in Dietetics, I hope to share my research findings and support other people who want to make the right decision but don’t necessarily have all of the right resources.

I can’t believe I’ve made it this far and I can’t wait to see where this journey takes me.

Meat Your Future, a Texas based non-profit focused on spreading factual evidence that animal products are not healthy, released this informational video, Rethinking Eggs, in January of 2016. 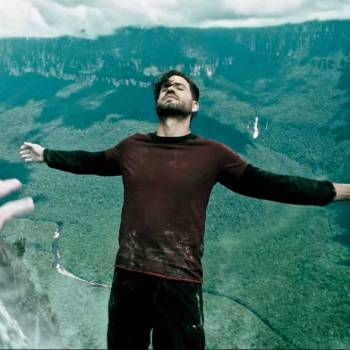 About a year ago I saw previews for a 2015 movie release that really caught my attention. The film was going to be called “Point Break,” and was a re-make of the 1991 film starring the infamous Swayze ( which I still have never seen). The preview features skydiving, one of my top bucket list activities, so I was immediately sold on watching it. Despite my intentions, I wasn’t able to get to the theaters to see it, but I watched the film last night, and despite the horribly unimpressive ending (we’ll get into movie politics later), I thought that the film carried an incredibly appealing message that deserved acknowledgement.

The film’s main antagonist, a character named Bodhi, has an undoubtedly amazing outlook on living life to the fullest and respecting nature while you do it. He said one thing in particular that made me pause the movie and just sit there for a moment, absorbing and deciphering what I have known all along, but have never experienced in words:

We must give back more than we take.

Okay, for one moment, we’re going to ignore the fact that Bodhi is about to blow up the side of a mountain and murder several people; let’s focus on the meaning of his words and less on his interpretation of them.

Regardless of whether I actually bring it up in a conversation, the fact that I’m vegan or that I live a minimalist and eco-friendly lifestyle always comes up. Somebody always asks a question and I have to elaborate before I sound like a mad man. Finding someone who has the same opinions and views of how we should treat the world is very rare, so I’m always taken aback when I hear something like “we must give back more than we take,” even if it’s just from a character in a movie. It’s not a popular opinion and the last major movie that carried an eco-friendly message arguably received more criticism than praise.

But what exactly does that mean? HOW do we give back more than we take? How do we even give back? Or how do we avoid taking? I think we all have to interpret that in our own way. For me, avoiding overindulging and buying useless things that I don’t need (and will most likely end up in a landfill) is part of what satisfies my need to “give back.” I try to buy biodegradable and reusable products as much as possible. A menstrual cup is just one example of how I avoid using and buying products in excess. If I purchased tampons or pads every month, imagine the amount of garbage I would be throwing away!!

How do you “give back more than [you] take”?